Because randomness is the way to go! ;)

The Writing Hufflepuff and Leanna at Short Story Long Blog nominated me for the Epic Reads tag (thanks for that by the way!) and I decided to do it as a challenge.
I haven’t yet read any questions. Not a single one (I did accidentally read a part of the first one, but no other) and I’m going to read them right now and answer them BUT, for no question can I answer anything Harry Potter related.
Because I just… well… Harry Potter is basically a cop-out.
So no Harry Potter.
(Unless the question is specifically about Harry Potter.)

1. If you could invite one author and one of their fictional characters to tea, who would you like to invite and what would you serve them?

It would be Meg Cabot and the fictional character would be Mia Thermopolis from Princess Diaries.
I have no idea what I’d serve them.

2. Which book do you wish the author would write a prequel for?

Yeah. Not the Marauders.
Of course not.
That’s not my answer.
Because of course I had to say that I wouldn’t say Harry Potter.
So no Harry Potter.
Obviously!
Not like I’m obsessed with the Marauder’s Era (like most of you).

3. Which two characters (NOT from the same book) do you think would make a good couple?

Alright so this is a lot more difficult than I thought it would be.
Not that I thought it’d be easy— but then, I didn’t think that I’d literally have to go through a list of all the books I’ve ever read looking for characters either!

This is what I came up with:
Andrea Sachs from Devil Wears Prada (by Lauren Weisberger) and Luke Brandon from the Shopaholic Series (by Sophie Kinsella).
I know they won’t make a really good couple, but I’d like to see the plot of Devil Wears Prada played out if Andy actually had a workaholic boyfriend who would be more supportive of her job and maybe even help her with a few tips or something.
(Also, it’d only help that Luke worked in PR right?)

4. If you ran into your favourite author on the subway and could only say one sentence to them who is it and what would it be?

To John Green I’d say, “Hello John, I hope you understand my dilemma where I can’t say more than a sentence, and, therefore I’m going to make it as long as possible by saying that you are one of my favourite people in the world (one of the others being your brother), your writing is an inspiration and your books can make me cry and laugh; and your vlogging has basically changed my life for the better (I’ve met so many Nerdfighters who are completely made-of-awesome) and I hope you continue to do so by writing many more books and vlogging about amazing things and encouraging Nerdfighteria to decrease worldsuck and, you finally made French The Llama a thing- I’m so proud of you, I knew you would, one day- and well, it’s a surprise I managed to say all this because I always thought I’d be tongue-tied when (if) I met you and yeah- I should probably shut up now and I will after I say one last thing (which is again something you made into a thing and that is-) Best Wishes!”

I owe this one to brackets and dashes and punctuations.
(It’s a little ill-formed grammatically, but it’ll have to do)

5. What book made you a reader and why?

Enid Blyton books.
I can’t choose a specific book written by her, it’s just all her books in general that got me into reading and then there was no going back.
So thank you, Enid Blyton! You’re the best!

6. Your bookshelf just caught fire. What is the one book you would save?

All of them. I’d either save all of them or die trying.

7. Which dystopian world would you want to live in and why?

I haven’t read many dystopian novels to answer this question properly.
I’ll tell you which dystopian worlds I’d not want to live in: Panem.
Neither in the districts nor the Capitol (but especially not the districts).

8. What is your most Epic Read of all time?

I don’t know how people can even ask a reader this question!
The basic principle of reading loads of good books is that you’re not going to like one more than the other.

(That holds true for me, at the very least. The moment I choose one book, I think, the guilt of not choosing the others will kill me).

★★★
As I answered these questions, I felt like I knew them from somewhere.
My intuition was confirmed at Question 6 when I finally remembered that a few weeks ago, I had watched T. Michael Martin’s video where he answered these very questions. (I especially love his answer to the first question)
So yeah, I knew the questions beforehand but it doesn’t really count since I didn’t realize it until almost the very end.
And I did keep my promise (the more difficult one at that) about not answering with Harry Potter so that counts for something.

Now for my nominations:

Anyone else who’d like to do this tag should feel free to do so.
Please leave a link to your post in the comments, so I can check it out! 🙂

They say there is a lot to learn from great personalities. As a reader I have come to the realization that you can learn so much from an author too. Not just their books maybe, but from them as people too.

And that is what I tried to do.

I have my list of “The Greatest Authors Ever”. It consists of only five authors as of now. They are the crème de la crème of all the authors I have ever read, or so I feel. I know I haven’t included some truly brilliant authors in the list; it is either because I am yet to read them or I have a few of my own reasons.
Following is a list of the best things I admire about each author on the list. 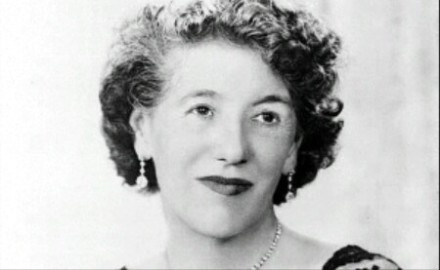 Enid Blyton– Her imagination! ‘The Magic Faraway Tree Series’ – No really! Those books were it! Dame Washalot, Moonface, Saucepan man and all the Lands up the tree- who makes up things like that?!?! Then there were the ‘Malory Towers’ and ‘St. Clare’s’ books which inspired me to be a good student. Not to mention ‘Famous Five’ and ‘Adventure Series’ among others which made all of us as little kids to set out on an adventure of our own.
Enid Blyton made sure that a child would get addicted to reading!

Sophie Kinsella– Her sense of humor! It has no match. None! I have read all her books written under the pseudonym ‘Sophie Kinsella’ and I laughed! A lot! The way she rationalizes Becky’s overspending as “investment” is hilarious. 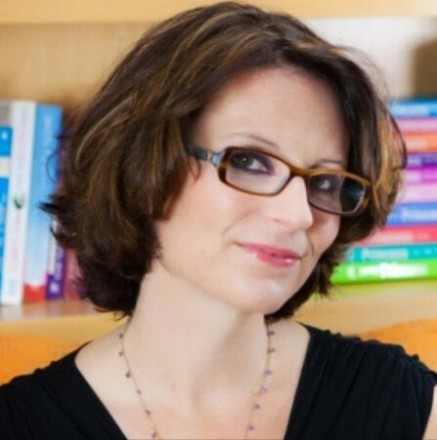 Meg Cabot– Her consistency! She is just 46 years young and she has already written more than 60 books! I’ve read 50 of them and it is almost as if she competes with my reading- Oh you want to read all my books? I’ll make sure there’s always at least one left for you to read! And don’t I love her for it- she is the one author I can rely on to never disappoint me due to lack of books.
The lady hasn’t heard of a writer’s block- or maybe brews up a perfect potion to make it go away.
Her consistency is every writer’s dream come true!

Another thing I really like about her is the variety- she has written children’s books, Young Adult books, chick-lit, mysteries, romance, paranormal stuff; and all of it is as brilliant as it could get!

Dan Brown– His knowledge! Oh my God! The things this guy knows- is it possible for a single man to know so much about so many things?!?!? And it’s all real- be it the inner workings of organizations-secretive or world famous- of the world or the little known facts about most famous men in history! I’ve read all his books except ‘Inferno’ (can’t wait to lay my hands on it!) and I really am wonderstruck by him. 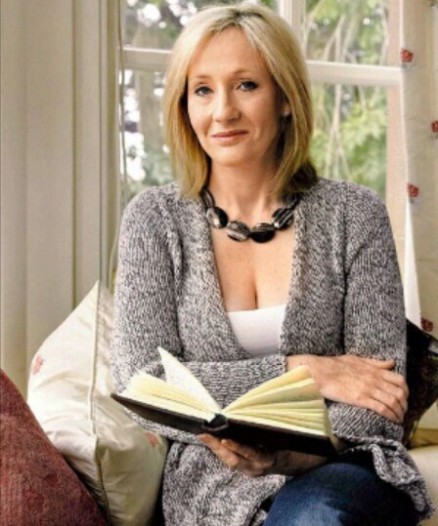 J K Rowling– Well…What do I say?
There’s no ONE term for her.
Hmmm…
I guess I’ll say- Her Supermegafoxyawesomehotness!
Yes, there have been legendary authors before, and there will continue to be more of them.
They are the kind who changed the lives of people who read them.
You might argue that you know some author who is way better than JKR! But well, however she is, she was the one who shaped my life. I really cannot compare.
There is her perseverance, her wit, her kindness, her modesty… and the list goes on. And the accent is, obviously, a bonus. 😉
If there is one person I wouldn’t mind becoming the exact copy of- it is her!
Yes, she must be having her own flaws, she has experienced failure too, but I do not change my statement.
The amount of power she yields, her influence on young minds- it is purely because of her genius.

I could go on and on about each author in the list but I’ve tried to keep it short (well as short as possible!).
I could add the names of two more authors here- Rick Riordan and John Green- but I haven’t added them in my own list, so I cannot write about them just yet.

I think I’ll explain it a bit- I made a rule a while ago that if I have read more than one book (or series, if it is a series) of any author and really like him or her, only then I’ll add their name on the list. This was to abstain me from having too many favourite authors- which, believe me, is a huge possibility and was almost a reality.
[JKR is an exception to this rule (for obvious reasons) but I am reading ‘The Cuckoo’s Calling’ now, so that’s about to change.]

I have read only ‘The Fault In Our Stars’ by John Green and only the ‘Percy Jackson and the Olympians’ series by Rick Riordan so they aren’t on the list- sadly. But I must say that if Rick Riordan was on the list, it would be his knowledge of mythology that I love the best! 😀

Looking for something specific you probably saw before?